What is the Strength of LEDAS. Part IV: Today the Company leaders are 30-year old aces

I continue a series of publications “What is the Strength of LEDAS” that I started in May (see the links below). Today’s notes are about just announced changes in LEDAS management.  If you wish to read our official press-release, please see the link below.

Aleksey Ershov is appointed the company СЕО. Aleksey has outstanding abilities in several fields, and therefore he can be confidently called a “decathlete” of the highest qualification: such sportsmen are especially valuable. Aleksey masterminded many key algorithms in geometric solvers developed in LEDAS or where LEDAS involvement was crucial; so it’s not surprising that for many years he managed all LGS-related projects, and as the СТО was the first to analyze project applications, complete technological and resource assessment, select the most appropriate developers, etc. Mentioning PhD dissertations would hardly add anything on this context, but I can’t help citing the titles of the dissertations of our staff, successfully defended quite a while ago in front of reputable and rigorous Dissertation Councils. Aleksey Ershov: "Algorithms and software systems for solving geometric problems of parametric design". 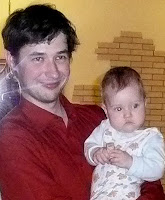 LEDAS has introduced a position of Chief Operating Officer, filled by Nikolai Snytnikov. Nicolai is an outstanding manager and top expert. Combined with his efficient and tough-minded analytical abilities and communication skills, it forms the basis for his successful cooperation with both customers and members of staff. I’d like to add that Nikolai amazed Dassault Systemes with his effective management of a service project, the importance of which for the customer could hardly be exaggerated; at the same time Nikolai was perfect in organizing new projects, where he had to promptly master unknown technologies for LEDAS - for instance, localizations of some industrial products. His PhD dissertation was on: "Supercomputer simulation of 3D dynamics of gravitating systems". 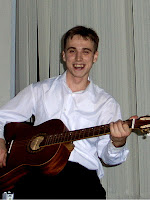 Ivan Rykov is promoted from a position of the Director on Component Development Technology to the CTO. In every project where he participated, Ivan demonstrated unique abilities of a designer of very efficient algorithms, developer and expert: these qualities, coupled with broad knowledge and expertise and ability to unravel new fields, are especially useful and valuable to LEDAS at the stage of expanding the current projects and opening up new avenues. Ivan’s abilities were fully manifested in various projects: from planning systems and crucial modules commissioned by some CAD-market leaders to direct management of LGS 2D development and (currently) a very science-intensive and productivity-demanding JETCAM project. His PhD research was about "Algorithms with perform guarantees for the discrete problems of ordering and selection on deterministic and stochastic inputs ".
I can tell numerous interesting life facts about all of these colleagues of mine. For instance, Ivan Rykov got only top grades at every exams he had to pass in course of his studies at the Faculty of Mathematics (Novosibirsk State University), and once he bicycled 2000 km sightseeing and camping across Germany: looks like it can be very cost-effective to send him to LEDAS customers in Europe:)...
I am pleased to emphasize that Alexei is 32, Nikolai - 29, and Ivan - 28. Without showing any indulgence, I can state that these guys are unique and mature specialists with a considerable work experience (already 8 - 10 years) in the most important LEDAS projects. They came to us as students and following the company tradition were immediately put to the major projects, where they simply shined. Overall, I cannot imagine better managers for the company that seems to be (temporarily?) tired from inventing own technologies and products and prefers to focus on diverse projects, including some crucially difficult software development assignments.

Dmitry Ushakov will remain on the Board of LEDAS Directors and the key participant of isicad projects. He will continue making significant contribution in development of LEDAS group. Along with several contractual obligations confirming this statement, I would like to add that it is in LEDAS and on LEDAS materials Dmitry has risen to a reputable world-class expert, so ongoing cooperation with him is of mutual creative interest, and I would say, just for the fun of it. In his letter to LEDAS members of staff, Dmitry, wrote, in particular: "...There are several reasons for me joining Bricsys, but one of main is the impulse that I received nearly 20 years ago from the works of now-deceased Professor Narinyani and from our brief communication... The impulse was so powerful that it is still in effect. “A declaration instead of an algorithm”, “”what” instead of “how””, “constraints instead of procedures” – all these have deep true-life and even philosophical sense that I hope to continue successfully realizing at Bricsys"... Dmitry is a veteran of LEDAS and its academic history but he is only 38 with great prospects.
So everything is shaping naturally and (somewhat surprisingly) in an appropriate and timely order.
Official press-release:  LEDAS Appoints Alexey Ershov as New CEO
What is the Strength of LEDAS? Parts I and II:Science-intensive Software Development
What is the Strength of LEDAS? Part III: TheWorld Programming Olympiad Winner
Alexander Narin’ani (1937-2010) is a Soviet and Russian researcher known by fundamentally original works in parallel programming, artificial intelligence, natural language processing, constraint programming, and other. I have been closely working with him for more than 20 years. Some veterans of LEDAS came from the academic lab headed by A. Narin’ani. I hope to write much more about this very interesting person.
Posted by David Levin at 1:11 PM