Our Future - Sustainable CAD of a New Generation 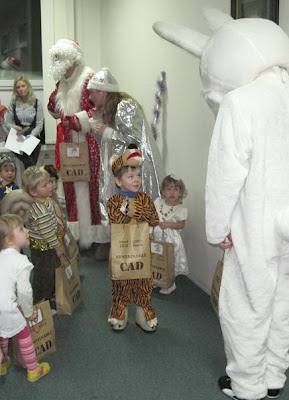 Posted by David Levin at 1:12 PM No comments:

Season's Greetings from LEDAS and isicad!

Visit this page to see an animated version of: 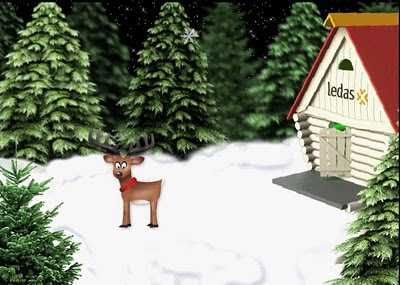 Posted by David Levin at 6:38 PM No comments:

The COFES (Congress on the Future of the Engineering Software) events that are annually held in April in Arizona by Cyon Research are quite well known as probably the only international multi-vendor conference with no direct marketing flavor. If you don’t know COFES visit www.cofes.com. This year the main global conference was complemented by two regional forums: in Moscow (in September) and in Tel Aviv, Israel (last week).
The Forum in Tel-Aviv was attended by about 80 people who represented all CAD/PLM
market leaders and a lot of interesting companies including international analytical agencies. 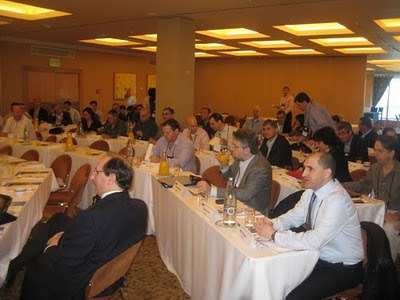 There were fourteen 12-minutes talks (including opening and concluding speeches) sectioned into four sessions. 45-minute breaks enabled some interesting informal meetings, for example I succeeded to talk to those 5 persons with whom I had had plans to meet.

Condensed format of both forums in Russia and Israel could not provide time for one of the key points of the Arizona COFES, its possibility to talk during outdoor walks. Here in Hilton Tel-Aviv the outdoor could be implemented by coming out to the terrace and feel envy to those relaxing on the beach – which was especially exciting for those who came to Israel from snowy and frosty countries. 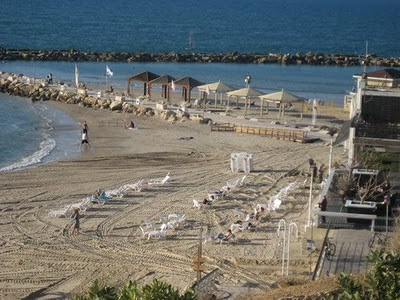 All the presentations were quite interesting, but I would give the first three places to correspondingly: Brian Shepherd (PTC), Chris De Neef (Fast Track Consulting, Belgium), and Eitan Yudilevich (BIRD Foundation, Israel).

In his concluding remarks, Brad Holtz characterized further COFES plans: for sure the next key event will be the full-scale 3-day COFES-2011 conference "Innovations in the Face of Complexity" in Arizona. 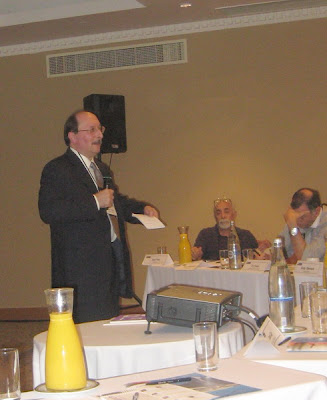 My brief characteristics of all the presentations along with 17 photos are given in the isicad.net article "Innovations Should be More Practical, Less Political. COFES-Israel Forum Report". There one can also read my comparison of COFES-Israel and COFES-Russia.

One point from that comparison is the following. Today in Russia, the topic of innovation is politically loaded, it goes top down and is mainly monopolized by the state. Therefore, people in labs and in small companies who practice innovations, automatically - according to the fundamentals of Russian culture, consider and interpret innovation ironically if not worse. However no politics, profanation, or irony can cancel the processes objectively demanded by society and history. I’d prefer to see a situation in Russia when practicioners consider innovation as not only politics and discuss such topics more seriously and pragmatically. At the same time, I don’t want to be considered naïve. Obviously such general and global topics like innovation, independently on countries, are inevitably politicized and give opportunities for additional profits to politicians and analysts: be such profits materialized or reputational or other. Really important is what then happens with innovation itself...
See also official page of COFES Israel and related posts in Oleg Shilovitsky blog.
Posted by David Levin at 7:22 PM No comments: