LEDAS Geometry Comparison (LGC) makes it easy to compare 3D models and clearly pinpoint all of the differences between them, which are shown as groups of modified faces. LGC maps topological elements of two 3D models and restores their associativity, allowing attributes, parameters, and constraints to be translated from one model to another. Built-in adjustment technology makes it possible for LGC to compare models that even were translated (moved) and rotated with respect to each other. 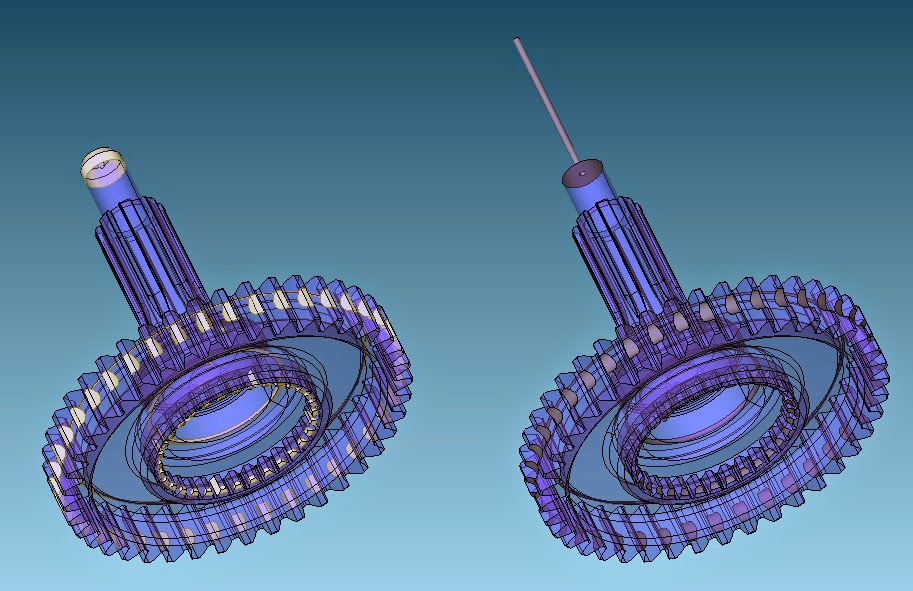 The software supports an extensible set of open and proprietary 3D part and assembly CAD formats. The cross-platform LGC code runs on 32- and 64-bit Windows and Linux, in both traditional and parallel MPI (message passing interface) versions. The LGC application programming interface is tuned for work in the cloud, making the integration of LGC into customers’ cloud-based systems as simple as possible.

See “The Benefits of LGC”, overview, sample models, demo, and more in and through "LEDAS Releases 3D Comparison Technology to the B2B Market. LGCcomponents available now for integration into engineering software": 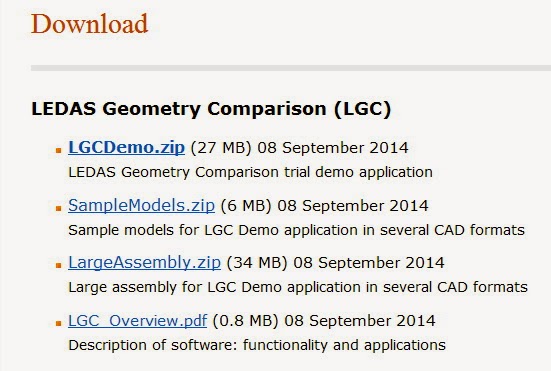 Posted by David Levin at 5:09 PM No comments: