In my previous post I presented Ivan Rykov, LEDAS CTO, a participant of upcoming COFES 2014. 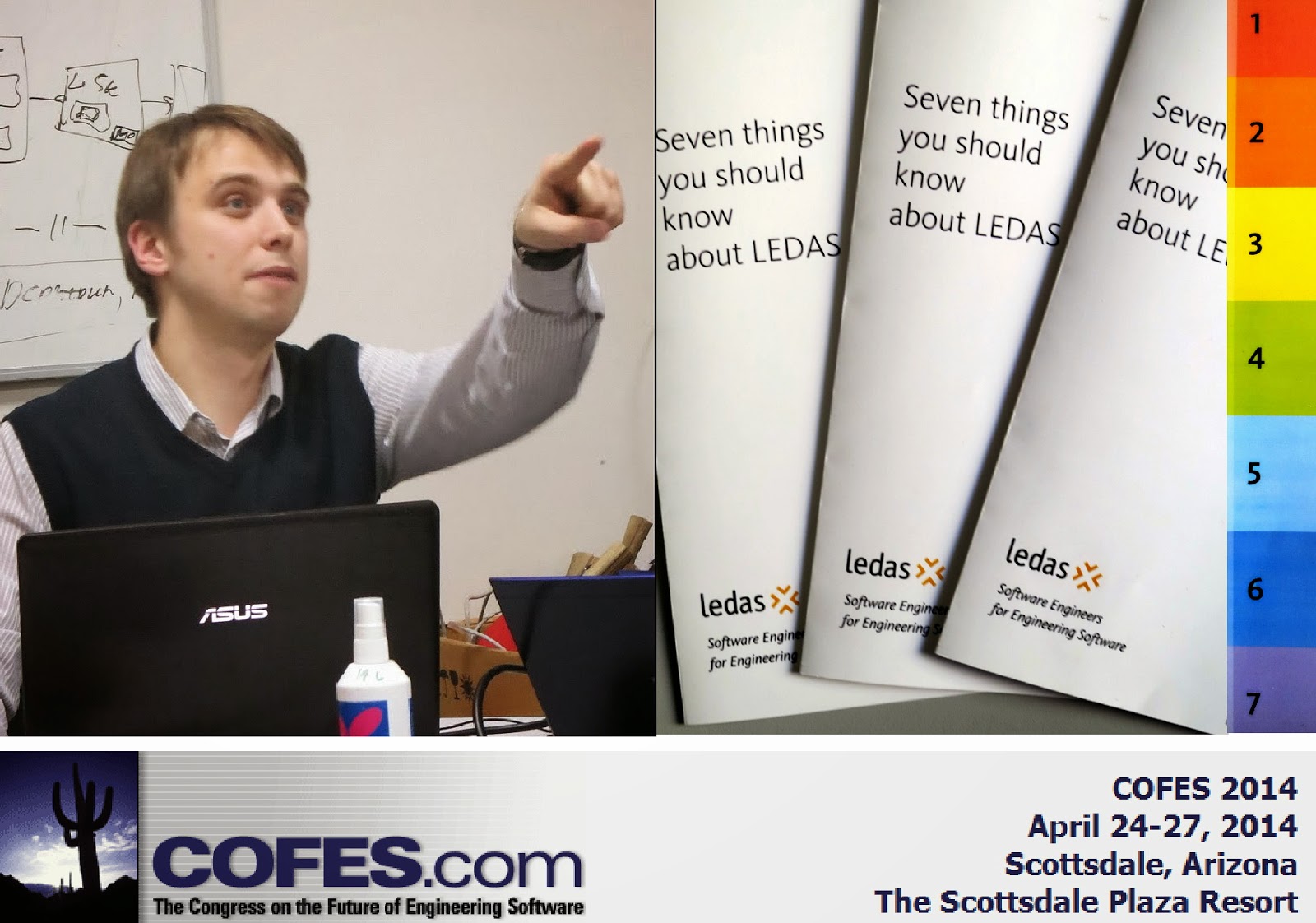 Today, Ivan is already on his way to Arizona with copies of four booklets, each of them describing 7 certain things related to some, but not all, key domains of the company's projects and skills. 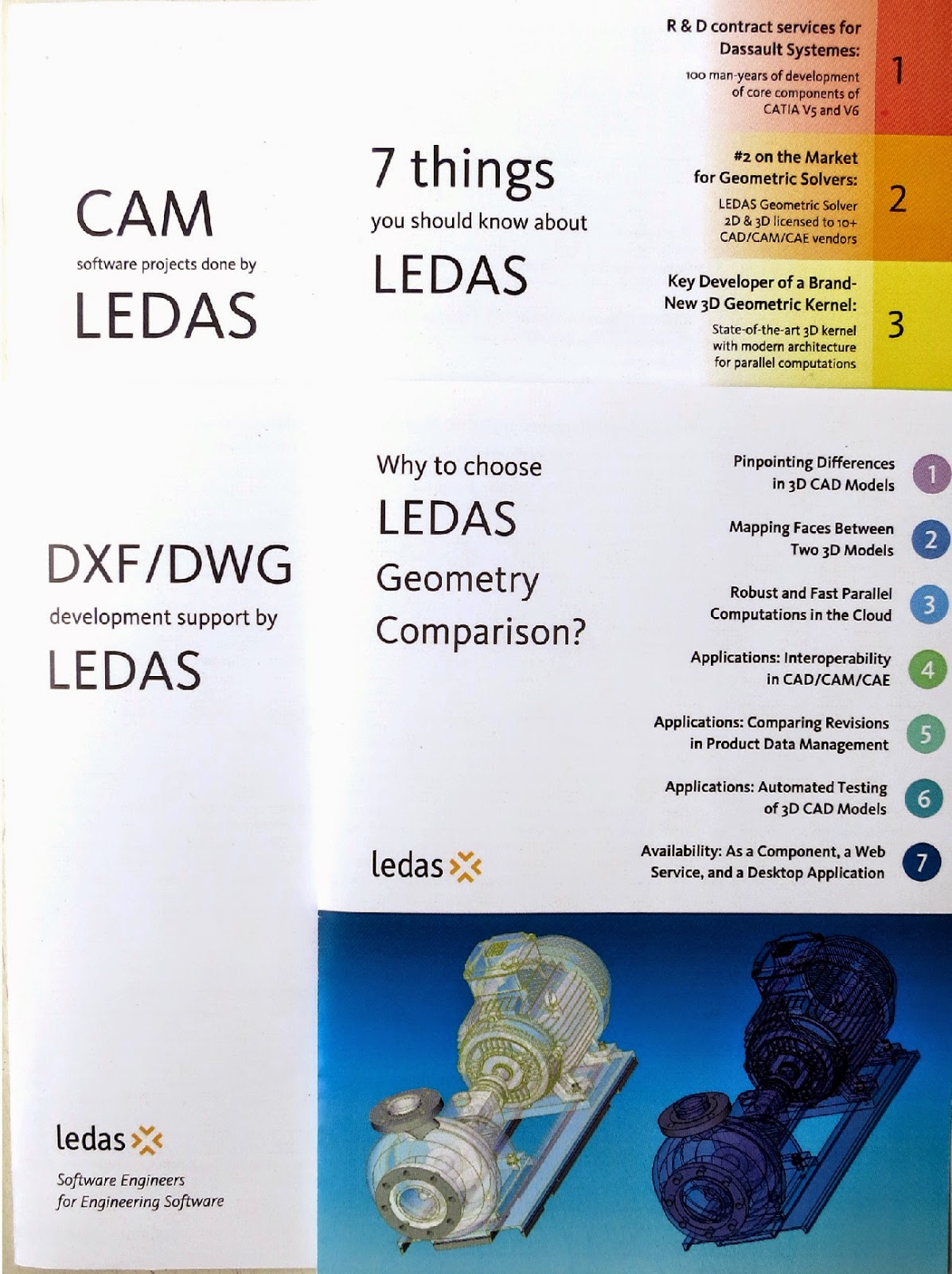 Upcoming COFES 2014 as well as recently celebrated 15 years since the company foundation, inspired LEDAS   team to formulate what are the most important achievements that build LEDAS reputation and differentiate the company from other software R&D service providers. Seven topics have been identified and described: three related to in-house technologies, three – to big projects with the global market leaders, and one topic describing a project with a CAD community. All mentioned topics are presented in a dedicated new LEDAS booklet prepared for COFES 2014. 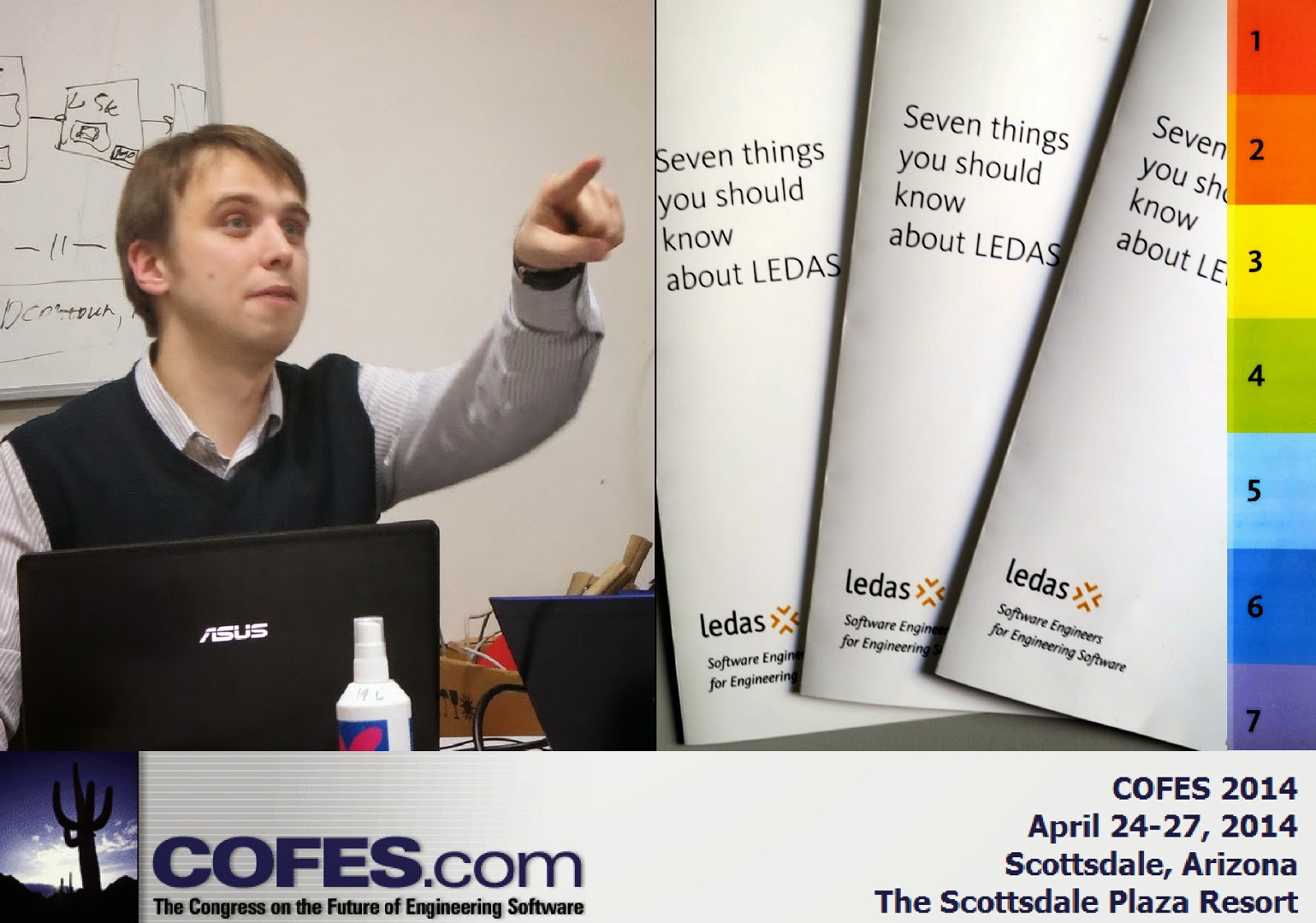 See about Ivan Rykov at LEDAS web site. Connect Ivan via LinkedIn or Skype ivanrykov or tweet to @ledasgroup.

Since 2009, LEDAS representatives participate in COFES, Congress On the Future of Engineering Software. In 2010, together with the COFES/Cyon Research team, LEDAS organized COFES-isicad Forum in Moscow, and then became one of the main contributors of COFES Russia 2013.

Posted by David Levin at 2:11 PM No comments: