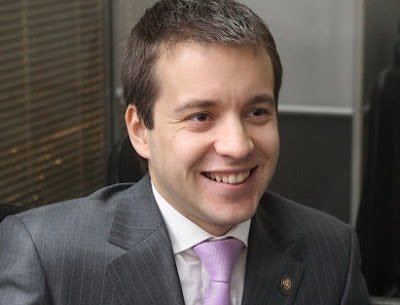 Nikolai Nikiforov is only 30, until recently whole career of this graduate from Kazan university was within Internet. Nikolay is known by a successful implementation of the 4G LTE in Tatarstan region and by practical progress of the installment of electronic government solutions in the region.
Today, the Russian daily VEDOMOSTY announced that Mr Nikiforov rejected an earlier existing project of implementation of the Russian national OS (probably based on Lunix). The new minister strongly believes that a much more pragmatic approach is to make a special strategic deal with Microsoft assuming special prices, application of cloud technologies for governmental services, and other. The negotiations with Microsoft has already begun. According to VEDOMOSTY, Nikiforov's decision resulted in a conflict in his ministry and resignations of some people who believe that Russia is capable (due to qualification of its specialists) and obliged (due to the national security reasons) to develop its own OS and basic platform.
My personal opinion is that yes, it's true that Russia is potentially capable and probably obliged to implement its own platform but it does not mean that such a project can actually be efficiently organized, financed, managed, industrially implemented, installed, reliably maintained,  and so on. Which means that, maybe unfortunately, Microsoft provides more efficiency and national security for Russia...
About Mr Nikiforov (English)
Source from VEDOMOSTY (Russian)
Posted by David Levin at 2:45 PM No comments:

DS increases its annual sales in Russia by 30% 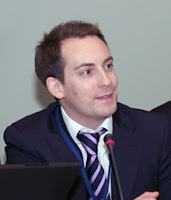 Laurent Valroff, the director of DS Russia, was recently interviewed by the Russian review “Expert”. Two key points of the answers are
- Rumors of the death of Russian industry are greatly exaggerated,
- PLM solutions in Russia are distributed faster than globally: the fact which DS has been successfully using.
Mr Valroff has mentioned some Russian industries that rather actively assimilate modern technologies of engineering, digital design, simulation, and manufacturing: space & aircraft, automotive, shipbuilding, defense, energy, industrial equipment, and production of apparel and consumer goods. In contrast to them, electronics, medical equipment, and pharmaceutics are technologically not well developed, while in the West these sectors are today main drivers of the demand for high tech. As for AEC, this very large sector of Russian market still did not completely recover from the crisis of 2008.
Mr Valroff gave two examples of the success stories: one related to nuclear energy stations, another - to modernization of AutoVAZ which is being implementing together with Renault. In the latter case, a new DS platform 3DEXPERIENCE can already be used.
Mr Valroff said that in 2011, DS increased its sales in Russia by at least 30%. During next three years, DS plans to double their sales in Russia.
Source (in Russian)
Posted by David Levin at 1:45 PM No comments:

ASCON successfully held its customer forum in a strikingly nice place near St.Petersburg

I have just published at isicad.net a comparatively long article describing a recently held ASCON’s Forum which demonstrated strong aspiration of the company to become global.
The titles of the paper paragraphs give some idea of the content:
1. General info from CEO
2. 3D-kernel as a strong marketing message
3. How ASCON reacts to global trends
4. LOTSMAN-PDM:AEC for Android/iOS as an example of how ASCON reacts to the market trends
5. Customer’s presentations
6. My meetings with ASCON’s top managers
7. ASCON’s corporate review “Stremlenie” (Aspiration)
8. Peterhof: an ideal place to hold an efficient international event.
9. One of my recommendations to ASCON.
Here is the paper and this are some pictures of the place in question (from Google pictures, click to enlarge): 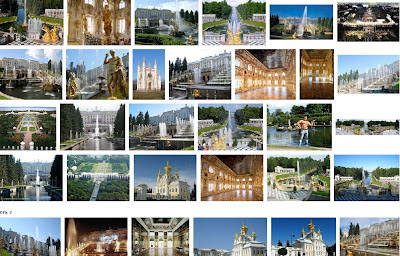 Posted by David Levin at 7:12 PM No comments: