Some thoughts on industrial design in Russia

My nephew, Ilya Vostrov, is a graduate from the architectural academy in Yekaterinburg, a one million industrial city in the Urals region. Ilya has specialized in industrial design, had his practice in England, did a diploma in Munich at Bosch GmbH, fruitfully participated in several international contests, and is currently designing instruments for the Ural Optical and Mechanical Plant. He thinks about his creative and career growth. Most likely - abroad. Most likely - again in Germany...
Ilya, do you think that here in Russia, industrial design is not so much in demand?
Well, it can be demanded only by dynamically developing industry, and, necessarily - by competition. Of course, we can see some development, and, of course, release of any new product can’t be done without industrial design. But either industry does not feel any serious requests from consumers or competition has been hopelessly lost to imported products. Those foreign products-winners, by the way, have emerged also as a result of the hard design selection.
Most likely, the demand for industrial design in Russia is still hampered by the Soviet tradition of asceticism of shapes, by orientation to defense industry, and by viewpoints that light industry is something secondary or even marginal:)
I don’t remember Soviet times:) but it seems you're right. Now situation is changing, however mostly not in the industry but in private orders, at home, in some small items. But  even here, there are many problems. On the one hand, there are already quite a lot of wealthy people who want to have around themselves professionally designed environment and comfortable,  pleasing-the-eye subjects. On the other hand, this area more relates to interior or  landscape design, and the like. 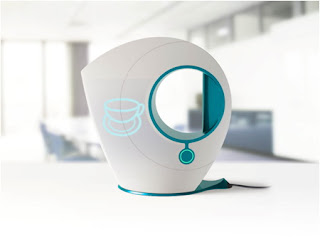 That is, you, industrial designers, are out of luck in Russia?
Not precisely. If you have normally passed through all mandatory courses in our institute, this means that you received a thorough, multifaceted, universal, solid designer’s background. After that, to fulfill almost all kinds of design, you need only your personal talent, will, and diligence. By the way, it is believed that specializing in industrial design is very cool compared with the others design domains areas. Note, that in addition to practically all courses of all other designer specializations, we studied very serious elements of CAD. 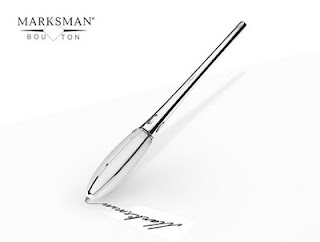 Does it mean that in your current activity you really need CAD?
Well, industrial design is not dead shapes, and moreover – not only ergonomics. It is a part of  product invention, of its functionality – especially when it is about something really new. Usually we are work side-by-side with engineers and we obviously need to communicate in  the same CAD language.
Aha! So you have mastered some particular CADs?
Yes, we very seriously studied SolidWorks, and today it is one of my key instruments – along with 3dMax. 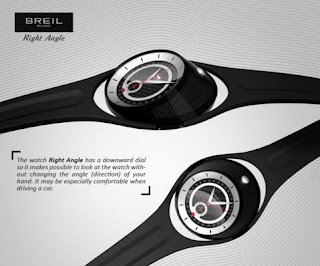 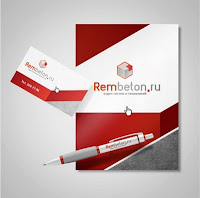 Yes, in most cases it is true. Large layer of our education was based on studying the methods of design and construction as well as studying technology of manufacturing products. In contrast to this, designers of other specialties  can do few things without such baggage of skills… maybe they can do very nice decorations but that's another story ... The opposite situation happens all the time: not finding jobs in their specialty, many industrial designers begin to look for the customers in other areas of design. But then of course it very much depends on their personal abilities. And sometimes I also make something like corporate identity, advertising or websites - because one must sometimes make money:).
Very interesting, but let's continue the theme of underdevelopment of the market, lack of customers, and other…
I think that potential customers are divided into two groups. Some, having a big enough money prefer (often just for prestige) hiring cool expensive designers, maybe in Moscow. Others, even having decided that they really need design service, still have poor understanding of the actual contribution of design and proportion of its value in the final consumer price of the product.
It looks like underestimation of the role of non-material components in creating products is typical for our country.  For example it can also be applied to software and to labor of software developers ... in general, to the whole intellectual and artistic spheres. In my domain I know a lot of examples, and in yours?
We have more than enough such examples. Here is a small and quite funny one but also significant. One rich man hired me to design a golden box for business cards for him. The man was very happy with my results but to get my money was more difficult than to make the required design:)  Most likely, that customer really did not comprehend my creative and physical  efforts. And he was sincere in his lack of understanding how my labor corresponds to his ergonomic and aesthetic satisfaction and pleasure ... By the way recently I was invited into a rather interesting project which needed design of a really original domestic swab :) Don’t smile, it was quite interesting creative project, you can even say – innovative… Unfortunately the customer changed his mind almost at the beginning of our work.
Okay, let's turn from a gold card holder and innovative swab to Bosch GmbH. What was for you the main result of working there for you?
During six months, I was a member of an extra-class team which all this time was very hard and creatively working on industrial projects requested by a strongly competitive market. A better school is difficult to imagine.
Excuse me for such a question: didn’t you there at Bosch, with super professionals around you, have a feeling that you have a lack of talent and so…?
I felt myself like a fish in the water.  In particular because the knowledge and skills obtained in my university proved to be very effective. There were problems with the language, I was the first person invited from abroad, and sometimes in the heat of debates my colleagues seamlessly moved from English to German which by that time I did not know. And in general - the team where I did my diploma was very friendly, took care of me and helped a lot... not only in the office but also in everyday life.

As far as I know, your institute was quite satisfied with your diploma?
Yes. By the way Bosch paid 5,000 Euros for making a model representing my design and covered all expenses for transporting the model by plane. It took very long time for the parcel to move from Munich to Yekaterinburg, and then our customs at the airport was not very quick... Things reached the point that my model was delivered to the Institute almost the last minute before my presentation of the diploma…
And you, are you happy with the architectural academy in Yekaterinburg:)?

Absolutely. It gave me a solid and integrated  education. Very good teachers, sometimes - outstanding. For example, I was fortunate to be in a close contact with our professor - Victor A. Bragin, one of the most famous, interesting and titled designers of the Urals region. The institute has good links with other countries; this is clear also from my own example.  A regional Ural center for design has been established on the basis of our academy. I was also involved in this Center... But my main result of the institute is an acquaintance with a classmate Kate, who became my wife and a partner in my work. 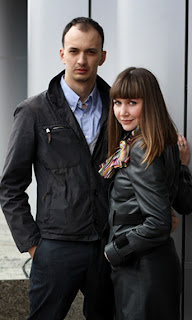 No doubts in your professional designer taste:). And I can see myself how lovely Kate is. By the way, several of her works, in my opinion, look more pragmatic than yours. Well, your fine work can even evoke a certain nostalgia for beautiful and ideal future hardly realizable in this environment but Kate's designs - for example, a gaily colored mobile kennel for dogs – are at once uplifting and can be directly applied to psychotherapy:). And how do you work together?
We met just before my departure to Germany… Now we are working at the same plant. Obviously, we constantly discuss our work, making advices and encouraging each other. Discuss all creative, business, and career plans. We have developed aweb site, it’s our joint portfolio.
And what you are doing at the plant?
We work at the department of design and development of medical equipment, lighting appliance, and some other consumer goods. The work is interesting and necessary. It is fun when you are working on a project in a team with designers and technologists, when you begin from sketches on paper and finish with release of an industrial series. Unfortunately, our salaries are far from what we want...
Ilya, and finally, what of the relatively recent works do you consider as your personal achievements?
For example one of my recent works was included in a short-list at the Electrolux contest. There are some good chances to move on. This is a food processor which can be compacted so that you can hang it on a wall hook, and at the same time, this device has several functional programs, remote control, and the ability to serve as an oven, hob, and some other. 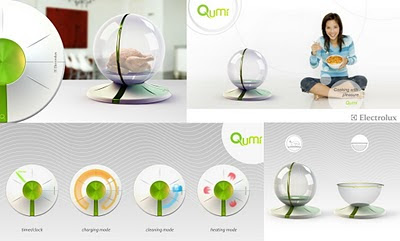 Of course we can’t be happy about the Russian market of industrial design but, Ilya, it seems to me you are quite OK: you graduated from a remarkable institute, you were lucky to work at Bosch, you succeed in professional contests, together with Kate you have an interesting portfolio… So I wish both to you and the market a lot of successful developments!
Posted by David Levin at 2:56 PM