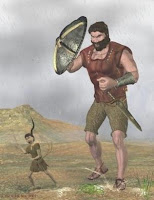 23 years after D-Cubed has released the first ever commercial geometric constraint solver (2D DCM), its current owner Siemens PLM Software published, practically for the first time, more or less full statistics on this part of its business (see a link below).
D-Cubed is a company founded by an outstanding mathematician John Owen. It seems natural that this happened  in Cambridge - one of the recognized world centers of math foundations for CAD: note that ACIS and Parasolid have their roots also at Cambridge, and D-Cubed was initially somewhat invested by Spatial. In 2004 D-Cubed was acquired by UGS, and in 2007 – already as a part of UGS – sank into the great arms of Siemens PLM.
A key point of the above mentioned statistics is 200 - a total number of licenses sold since 1988. It includes five different and important technological components: 2D DCM, 3D DCM, PGM, and other. 99 from that 200 are the 2D DCM solvers.
LGS 2D and 3D from LEDAS appeared in the market in 2004, fifteen years after DCM. In total, during 7 years, LEDAS sold 30 licenses of its LGS. My main conclusion is that independently on any classification approach, such comparison of LGS with a child of John Owen and with a great Siemens is honorable for LEDAS:).
Some of those who sell or resell products by millions copies would probably be laughing at 30 and 200. Yes, you may laugh but note that these 200 and 30 are the programs that to be designed and developed need extreme math qualification, hundreds of man-years to make them industrial, and they are sold not to end-users but mainly to sufficiently serious CAD/CAE/CAM vendors… BTW, the post with D-Cubed statistics mentions very many (millions) user seats for their 200 copies, it’s not clear how many of them are actually survived but historically it’s doubtless impressive: it’s enough to note that until recently these millions included millions of SolidWorks seats. Well anyway, I want to quote a nice sentence from the post about the milestone statistics of D-Cubed “Not bad for a range of products that many end-users will never have heard of”.
One may reasonably ask: in the long run, income is much more important indicator than number of licenses. Maybe. And in some cases – definitely yes. I have no right to open some numbers but try to imagine how much Dassault Systemes, fifteen years ago, was paying to D-Cubed and then to UGS… Here is the key point: compared with 90th when (1) D-Cubed was a monopolist and (2) big customers-vendors had no their own components such as geometric solvers,  today this has drastically changed, in the first place – in prices. Without opening some confidential data, I can just say that LEDAS has substantially contributed to this changes – both in (1) and (2). (Who knows, if around 2002, D-Cubed and LEDAS combined their efforts, they both could earn more:).
What is my conclusion? Those who are able to develop an industrial technologic component of a DCM/LGS type are very probably smart guys. And yes, a vendor of such components justly gets some good additional points to the market rating of its company. Also, if such a vendor itself intensively applies its own technological components in its own mass products, this may become an important competitive advantage. My opinion is that distribution of such components today can hardly be a proportionally serious part of a successful business. However, in the long run, much depends on the sales skills.
On the other hand, those who succeeded in development of advanced components can likely be efficient providers of program development services – be they related to the maintenance for such components or to the development of whatever advanced programs in engineering software or beyond. But this is another story…
Thanks to Ralph Grabowski, you can take a look at two much explaining publication:
AllAbout D-Cubed's 2D DCM and
LEDAS Responds to D-Cubed.
And of course look at “Major Milestones for the D-Cubed Components” which deservedly celebrates the above-mentioned 200-milestone and actually motivated me for this blog post. My respect and congratulations to D-Cubed!
Posted by David Levin at 5:06 PM