Yesterday, the Russian Federal Minister of Tele- and mass communications Igor Shchegolev inaugurated the first part of the IT Center (Tekhnopark) in Novosibirsk Scientific Center: 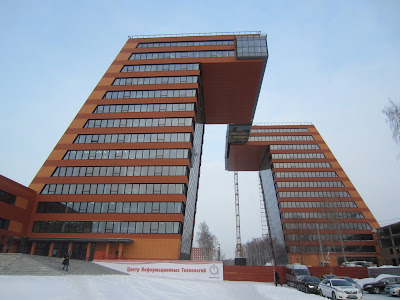 Here is the opening procedure: the minister says: 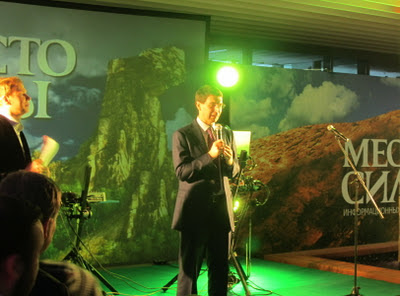 Alexey Ershov, LEDAS CEO, receives a certificate which confirms that LEDAS (one  of 100+ high tech companies) is a resident of the Tekhnopark: 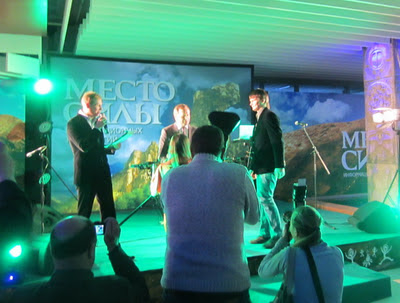 As soon as the minister left the meeting, people ate a huge cake shaped as the building just opened: 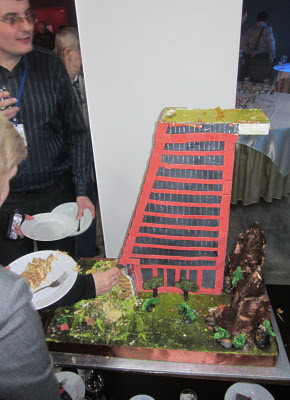 and could enjoy a kind of break dance show: 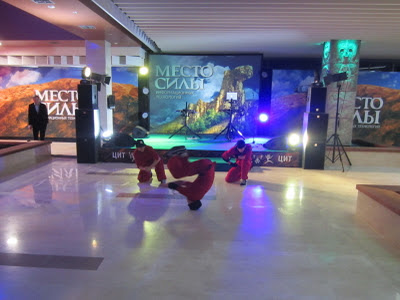 As for the offices, they are under intensive bottom-up and 24x7 construction: LEDAS plans to move into the Tekhnopark by this summer
Here you may find some official information, e.g. the construction was initiated in late summer of 2010, so far one billion rubles (~ $30M) was invested (about 2/3 from federal budget and 1/3 - from the regional)...
Brief English verion of the web-site of the above mentioned ministry /
Posted by David Levin at 5:47 PM