What is more important than a technical result of ASCON + Bricsys + LEDAS => KOMPAS-3D VDM ?

Even from a technical perspective, implementation of the direct modeling module for a mass Russian MCAD KOMPAS-3D is a non-routine event. If you are a skeptic not responsible for the success of your business, you may doubt the benefits and prospects of direct modeling as much as you like. If, however, your interests and responsibilities include enhancing competitive ability of your solutions on the global market, you cannot be behind synchronous technology, Fusion approach, Creo Direct, etc.  To stay ahead will be even better.

At the end of my message, I give links to learn about technological, historic and organizational aspects of developing variational direct modeling technology (VDM), conceived by LEDAS. However, it is more important for me to emphasize something different rather than technical aspects of our achievements. It was effectually expressed in private communications by a very reputable figure on the Russian market of engineering software: “I am not apt to underestimate the breakthrough nature of the event. It’s a real hassle to make arrangements with a single actor, but the three hardcore competitors for CAD, kernels and solvers worked it out very well. The world is changing, and this high-profile matter deserves to be communicated to the people…”.

The story has its own heroes. On the part of ASCON – this is, first of all, Vladimir Panchenko, one of the leading ASCON production engineers and analysts, who has studied capabilities of VDM technology from all sides. He made the key contribution to architecture of its efficient integration into KOMPAS. Vladimir is the KOMPAS-VDM project leader on behalf of ASCON; combining in-depth competence, insistence on high standards and enthusiasm. He continuously supported the project and will support its advancement.

On the part of LEDAS - the project leader, Alexei Istomin, a capable young mathematician and software engineer, who has become an effective, up-and-coming manager in course of the project progress.

On the part of Bricsys – this is, first of all, an outstanding founder and CEO of the company, Erik de Keyser, for who the long-term strategic interests are much more important than any superficial considerations about localized benefits and tactical competition, related to possessing VDM technology, LGS geometric solver used in VDM, and implementing VDM into the company’s own CAD - Bricscad. By the way, I recommend you to follow the work of the next Bricsys conference in Amsterdam where Eric is going to announce new developments - likely not less important than a year ago.

I would like to specifically emphasize the role of Kolomna, a small town in Moscow area which is a key place of ASCON’s software development projects. Apart from Vladimir Panchenko, this unique town is the work place of, for instance, one of the principal ASCON founders, as they say - "the KOMPAS Mum", the Head of the KOMPAS-3D development unit in Kolomna, and just a charming woman – Tatyana Yankina (see "ASCON Faces"); as well as Nikolai Golovanov, the author of KOMPAS-3D geometric kernel, who published several fundamental books on software engineering, an industry classic.

It is impossible not to mention the not-yet-fully-exposed role of the phenomenal Kolomna pastille in the success of ASCON technology (see the picture of it at the end of the story). Even in mid of XIX century, the most famous Russian composer Peter  Tchaikovsky used to come to Kolomna to taste this pastille and probably to be inspired for his Swan Lake ballet. Today, the town has an excellent museum of pastille which always attracts a lot of tourists. Who knows maybe specific ingredients of the local pastille nourish the developers of KOMPAS:).

Kolomna is certainly very special, but the decision about the ASCON project was obviously made in St Petersburg at the ASCON HQ; and we must emphasize the innovative courage of the company top executives, which has been robustly unfolding lately. As you can see, the project is transcontinental (A - Novosibirsk, LEDAS, B - Kolomna, ASCON-KOMPAS, C - St Petersburg, D - Gent, Belgium, Bricsys): 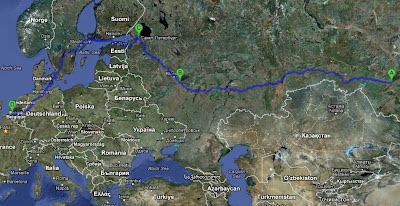 
One of the dozens of types of the Kolomna pastille (a nice side-effect of the ASCON-LEDAS contract): 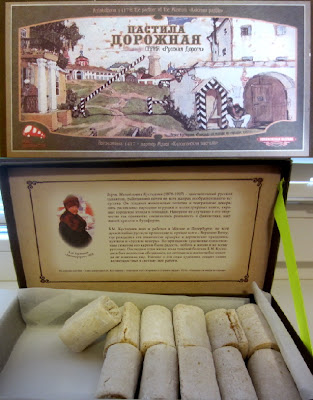